“Get off that fence.”

“Open that gate. NOOOOO….the other gate.”

I had a pretty good childhood really. If nothing else, I learned the difference between being in trouble and being in deep shit. I learned the difference in tone. I was taught that go left meant my dad’s left not mine. I may have cried a time or two, but I was usually in the middle of no where and still had to get home. On a horse or in the back of pick up or I guess I was given the option of walking; but I am lazy. Besides, have you ever kicked the reins up to the ears of a fast horse and told him to go while you just held on? That will clear your mind and correct your attitude.

I am the mom of one. A single. An only child.

My daughter is amazing. She’s funny, helpful, thoughtful, loving, creative beyond my imagination; but I don’t think I hollered at her enough.  She was never told to get behind the chute and not to let that cow back up. She has never been on the back of horse and told to hurry up while yelling back “I AM!” (which roughly translates to bite me.)

Now follow me while I walk on this trail a minute.

She has had a different up bringing then I did. I am more cowboy boots and a ball cap; and she is crocks and a hoodie.

I had a two parent home and she did not.  She has two parents that love her, and we do our best to co-parent.  So because of that I think she missed on some things and she also has had more opportunities than I had. I always tell her with all things being equal; she has a pretty sweet life. She struggles. She is quiet. She is shy. Or so she likes to think she is.

Being an only she doesn’t have a sibling to tell “oh my god get out of my room.”

My sister said that to me a lot.

Along with “don’t touch my stuff!”

She also didn’t have the chance to delegate. At least that’s the term I use. I do enjoy it when I watch my niece “delegate” to her brother.

I am, by nature an extravert introvert. I am social and out going in certain situations and then I just need to go home and not talk to anyone. The energy it takes to be my out going amazing self is too much and I always need a recharge.

My daughter worries. She worries all time. She worries about things that she doesn’t always voice out loud. A natural disaster like an Earthquake will leave her in tears and worried about everyone she loves in California. A tornado some where in the country will cause her to ask what the chances of that happening here.

I was too busy being told to get up we had cows to move before it got hot to worry or be concerned maybe I could catch on fire from being inches from a sun. Okay so that’s a little dramatic, but you get my point.

My child will also ride her bike fearlessly around our town and takes long walks by the river by herself. She also loves knowing she gets to go home by herself and just “relax.”

I never once uttered the words “I’m bored.” Because that was followed by, “then come with me.”

I now say things similar like “then go outside, go for a ride, go feed the horses or go see Nana.”

As I was told as a kid, “get some of that house stink off of you.”

I think it has the same effect, just not the same punch.

Her fierce determination run head first into her anxiety.

And this is why I think she wasn’t hollered at enough as a child.

She was the easiest child and when you’re a single mom; it’s easy to think she didn’t need much because she was so ‘easy.’  I still wonder if moving her here was the best move. It was brutal and I am sure the removal of seeing her dad to not; wasn’t the easiest thing for her to understand. Even when I thought I had did a good job of preparing her.  She has a core group of friends that I am so grateful she still has because some days are still rough for her here. But I think she has found her core group here too and I am thankful.

I think she has had a pretty good childhood really. She still is growing and her trying to get ahold of her monkey brain without so much external input.

I have anxiety. I worry. But I have learned to tuck that shit away…wait I don’t? No. I don’t. My emotions are out here on the air waves. If I am pissed….you’ll know. If I am sad, I am quiet. I have just learned that I don’t need to try to punch every single person that just pissed me off.  I call that growth.

I also have found guidance to deal with what anxiety that still pops up. I read, I listen to podcasts, I color, and I get outside when I can. There are still chores I can do. And I move my body daily. My monkey brain needs the discipline. My attitude needs the work.

And I have learned to unplug completely.

Recently my daughter has started to open up more. She trusts us and family dinner has become a place where we share and talk about things that bother us and make us worry.  We talk about things we can control and we talk about solutions. Like learning to pray. She doesn’t believe in God she says, but she believes there is a higher being and right now that’s all I ask.  We also put our crystals under a full moon and read Angel cards. We are asking for all the higher beings to help us out.

I just want her to find her confidence in all things and I know that takes time. If only she wasn’t so stubborn.

I will keep talking to her like I have her whole life. I will keep being real with her and I will keep being my extra, anxiety ridden, extravert introverted self to show her that you can be a bit out of control but not have to have all the answers.

Most importantly don’t let your monkey brain run you and unplug every once and again. 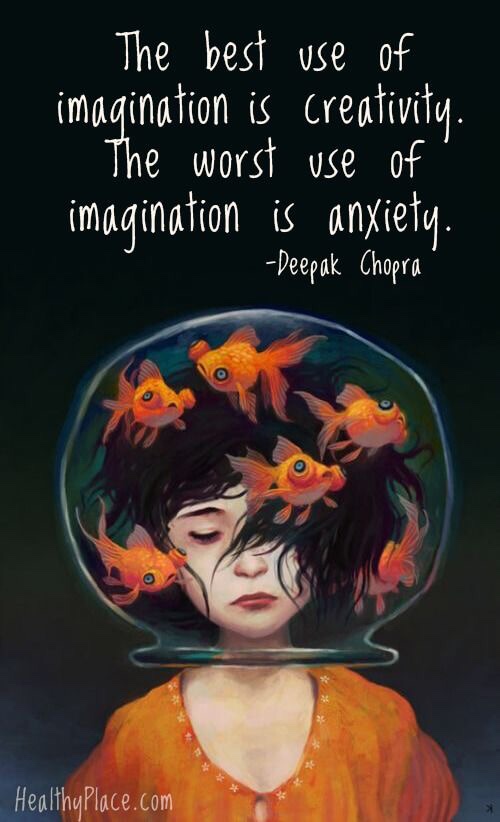