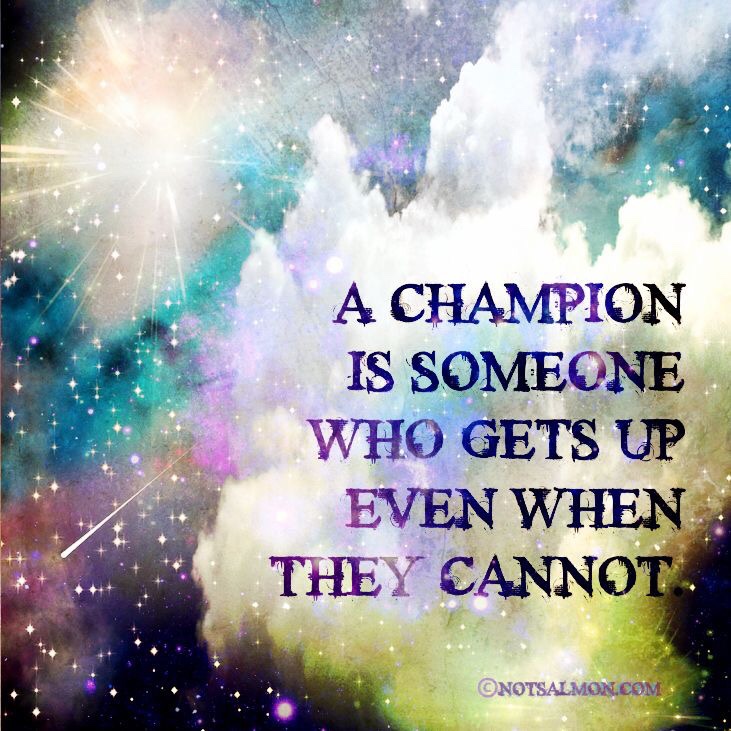 Well that’s not true is it. When you stop to think about how foolish that line of thinking really is… just one? Come now and take a walk with me. Get off your bed and wipe your eyes and stop with “but but I have nobody!”

Come on. I said we were walking. Leave bread crumbs because I tend to get off the trail….okay look. The funny thing about that line of thinking when you’re in it..whatever it is…is that no one can possibly understand. You’re all alone. You’re not. No really. You’re not. Stop and look around. I can name five people off the top of my head that believe in me…what? Family doesn’t count? Hmmm okay I can still get to five. I can still point to five people who looked at me and said “Get up.” Just like that. And they repeated “Get up.” In various forms of whispers until they knew I was ready for yelling part. And when the yelling part happened that’s when they turned me around and I faced myself and I said “Get up.” And I got up. Even if I had to drag myself into that belief that I could get up. They knew I needed one more person to believe. They needed me to believe in me as much as they believed in me. I got up.

Look around because someone needs you to start to whisper ” I believe in you. Get up.”